Our First Camping Trip in Years

Family on Anne’s side has held an annual camping trip to the Sisters, Oregon, area for years and years.  Family and friends come from Oregon, Washington, California, Idaho, and Texas.  The camp is not in an improved or official county or state campsite, but it is anything but rustic.  A port-a-potty (port-a-loo to our Scottish friends) is brought in which includes washing facilities.  A margarita bar is set up overhung with a flag which says, “It’s Five O’Clock Somewhere.”  A small generator runs a sprinkler system used daily to keep the dust down.
People set up camp in Motorhomes, trailers, truck beds, and all manner of tents.  It’s been at least eight years since the last time Anne and I visited, but this year we decided to join the festivities.
Our trip began with a gathering up of all the old equipment to see what was still usable and what needed to be replaced.  Our old three-person backpacking tent was definitely on the “needs replacing” list.  When I tried to wash off the mildew, the tent disintegrated.  We found a four-person tent we could borrow.  A visit to our local REI store allowed us to fill in gaps in our equipment, but we found our sleeping bags and travel pads were still in good condition.
Subaru Outback loaded to the gunnels, we headed on Friday over to Sisters via Mt. Hood-Madras-Redmond.  Never wanting to miss an opportunity to play a new golf course, we booked in at the redone Juniper GC in Redmond. 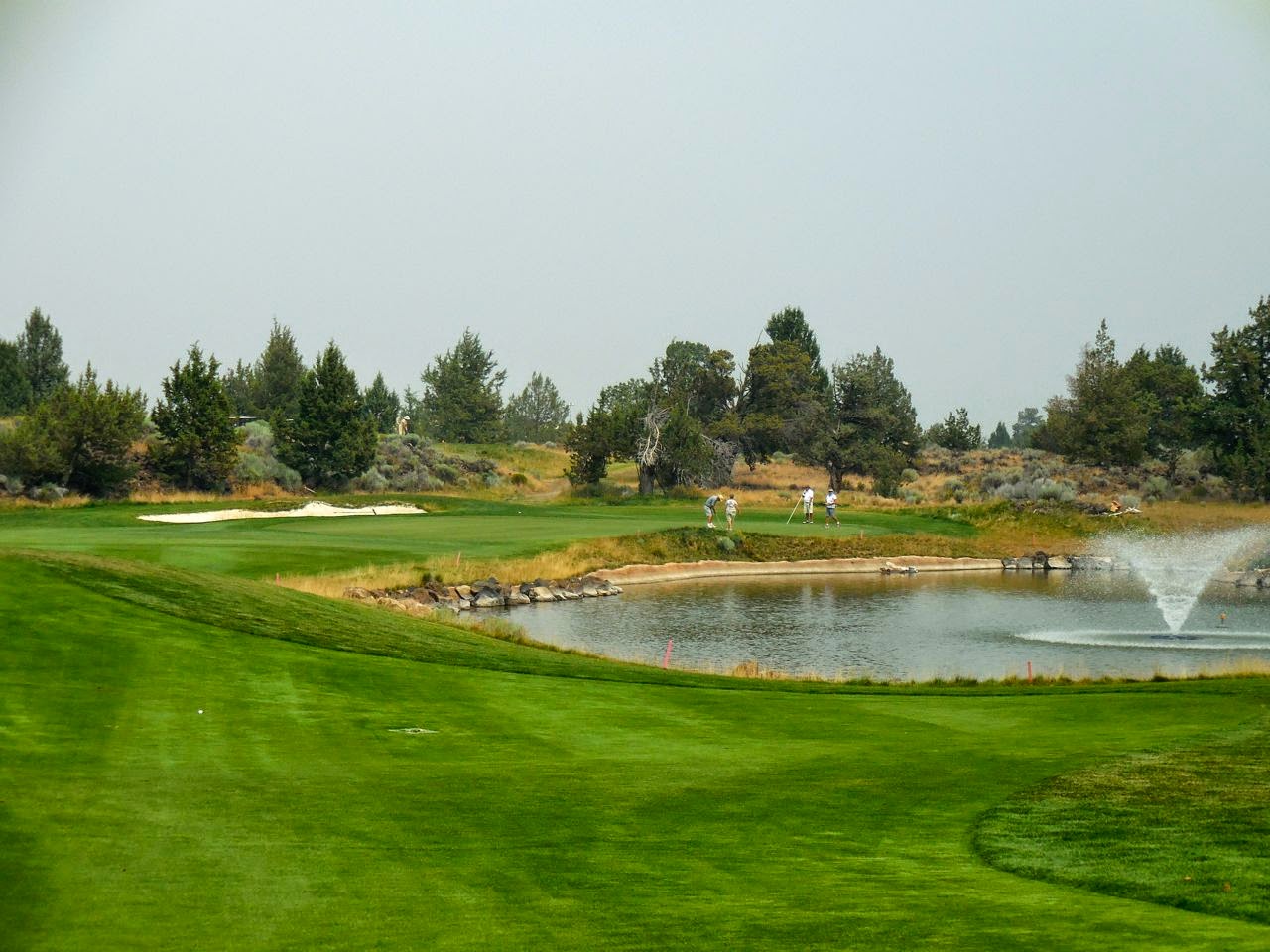 The course is lovely, filled with pines and junipers and native grasses, and in a beautiful setting.  The only thing spoiling the view was the heavy smoke from numerous forest fires plaguing the area. It wasn’t chokingly thick but thick enough to irritate eyes and noses.  We did pair up on the third hole with Nicole and Brent who are both competitive rock climbers now living in the area.
Nicole was a former college player from Butler University who was teaching her friend golf starting with golf etiquette.
Arriving at the campsite about five in the evening, we set up our borrowed tent (with help) and went down to the campfire to say hello and get reacquainted with friends and family.
Groups all did their own dinners--we ate with Anne’s sister Charleen, her husband Dave, nephew Kevin with his wife Abbey, and nephew Jon.  The rest of the evening was spent visiting around a carefully tended campfire (fire danger is high)
and doing a little stargazing through binoculars we had brought.
Saturday was what we would call a touring day.  After breakfast I found several different photo opportunities.  First, I did some dog portraits.


and one cat who with six dogs on the loose decided to stay in the motorhome. I also took a successful short hike looking for wild flowers. Even with the dry conditions in the area wild flowers were fairly easy to find, but I’m still working on identification. 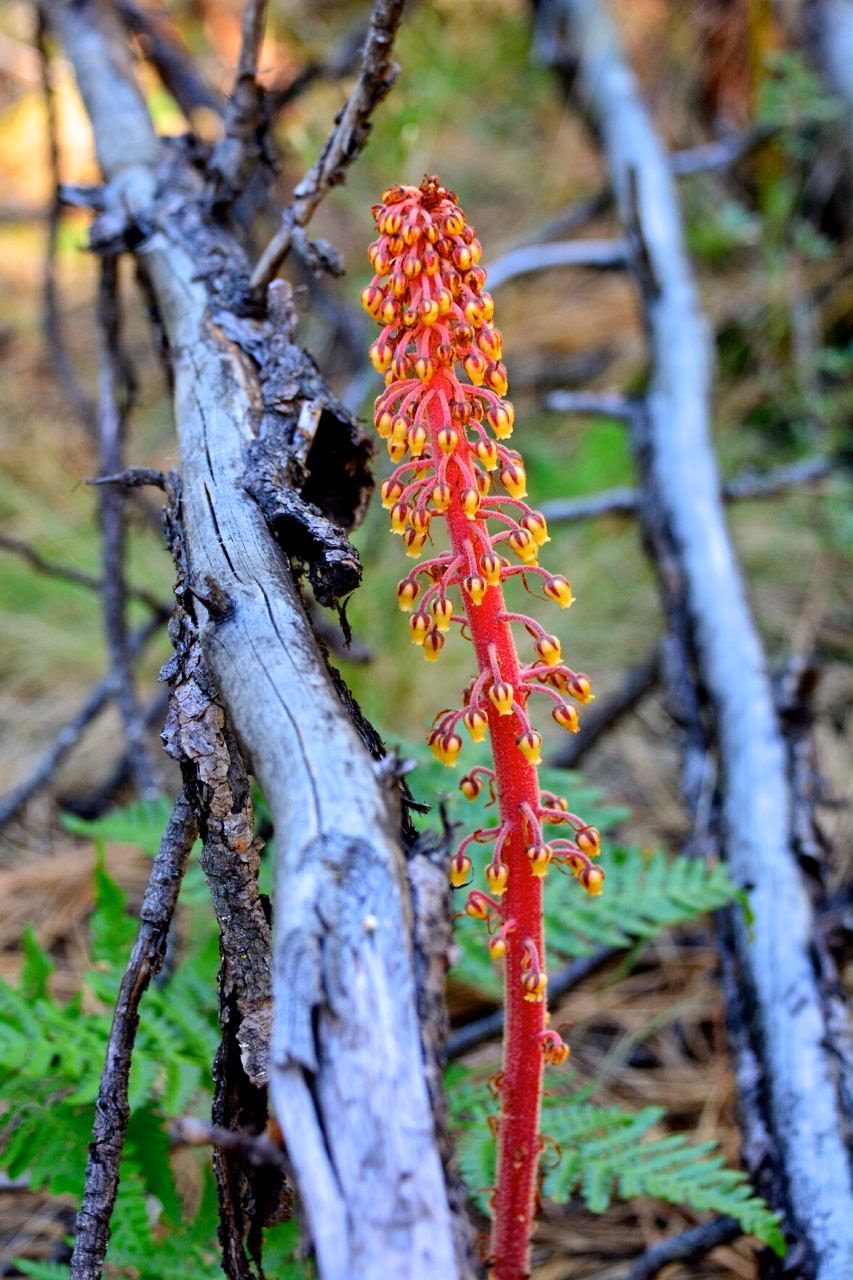 In the early afternoon Anne and I drove the nine miles (one dirt, two red cinder, six pavement) into Sisters for a latte and some shopping.


A car show gave me some photo opportunities I hadn’t expected.  Fun to wander through the fancified hot rods.  On the way back to camp we drove further on the paved road and stopped at a spot for some Cascade mountain landscapes.

Later I went back down the paved road a little for some sunset shots.
All-in-all a good day of casual shooting.
After dinner as we were visiting again around the campfire, about 10:30, two Forest Service vehicles with their emergency lights on drove past our encampment on the dirt road.  Five minutes later they return and turned into the far area of camp near a couple of tents and sounded their sirens.  That got everybody’s attention, even those already in bed.  The word was a new small wild fire was burning about four hundreds yards from our camp.  The officials informed us we had no more than an hour to evacuate the camp. There was no panic, but there also was no hesitation--camps were struck as quickly as possible.  Those of us with small camps finished our packing and helped those with larger set ups.  Each group made choices about what couldn’t be packed quickly enough--the port-a-potty, the margarita bar, a couple of old tents, etc.  It took quite a while to get everyone out and those of us who were first out waited anxiously at the park in Sisters until all the units arrived safely at about 12:30AM.
We learned later that the fire had been contained short of the campsite.  Some who had been planning to spend a week camping went back in the morning to either re-establish camp or move it.  Anne and I decided about 1:00AM to head toward home, find a motel on the way if we could or drive all the way home.  With no hotel rooms available in Redmond or Madras, we arrived home at about 3:45AM.  Even with the evening’s adventure we are planning to put some camping back into our schedule.