A Christmas Story and Some Photos

Let me start this post with some Christmas Trivia (with answers) and then end with a few of my favorite photos from this year, most of which I haven't posted before:

The answer to that last trivia question is the Star, the Star of Wonder, the Star of Bethlehem.  That, too, is the topic of this particular post.  Let me examine that special Star in more detail.
For some background, the star we are talking about is the star that guided the Wisemen to the newborn King so they could present their gifts.  The Wisemen were not Kings despite what the song “We three Kings” says.  The wisemen were most likely Zoroastrian priests or astrologers (Magi) who were coming to honor the Christ child.  It’s a basic and ancient sky story where a heavenly event heralds some great event—for good or ill.  And this is where we start getting in trouble in our understanding of the Star.
The problem is that to understand what the Star was we need to know when Jesus was born.  Simple, you say, that was December 25th.  Not so simple.  The Gospel of St Matthew’s is the only book in the bible to tell the Christmas story and that book doesn’t mention the date.  And for very good reasons.  Years weren’t even numbered until 525 AD.  Jesus’ birth is considered to be in the year 1 AD, but could be as early as 6 BC, and was most likely around the years of 3 or 2 BC.  Dating Jesus’ birth is based on what we know of others.  The story is that Jesus was born “in the days of Herod the King.”  Herod died immediately after a lunar eclipse and shortly before Passover.  These events favor the dates between 3 to 2 BC.
It’s also unlikely that Jesus was born in December for several reasons.  First, Jesus was born six months after his cousin John the Baptist who was born in March.  This favors a September date for the birth of Jesus.  From Matthew we also have the clue that shepherds watched their flocks in the fields by night.  That wouldn’t have happened in December, but would be likely in the other seasons.  Finally, Mary and Joseph wouldn’t have traveled in December.  The census was usually taken at the end of summer.
German astronomer and mathematician Johannes Kepler tried to explain the Star of Bethlehem in 1614, but he didn’t have information about the correct date of Jesus’ birth.  Some of the explanations given by Kepler and others include comets, nova or supernova, astronomical conjunctions, and others.  Each has its adherents and detractors.
Comets, a fuzzy star dragging a tail of light, is one of the more popular theories for the Star.  They are visible for days, weeks, or even months which would have been necessary for the Magi to be able to follow for a long trip.  The Chinese recorded what we now call Halley’s Comet in 12 BC and again in 66 AD, but that is the closest record of a comet in that time period.  And it’s not really close enough.
The exploding star theory, nova or supernova, relies on the fact that nova can be seen for long periods of time, some even visible during the day.  The Chinese recorded two objects in 5 and 4 BC.  But scripture notes that Herod didn’t say anything about a “star,” but had to ask his Zoroaster priests (the Magi).  That probably means the sign was one hidden from ordinary people, but recognizable to experts.
This brings us to Kepler’s theory and one accepted by many: the conjunction theory.  Kepler believed the Star could be explained as an alignment of planets or stars and planets.  We had several of these conjunctions this year with Mars, Venus, Jupiter, and Saturn in various close alignments.  Between May 19 and August 26, 3 BC, there were nine major conjunctions, mostly involving Venus and Jupiter.  In June of 2 BC, Jupiter and Venus were in conjunction not far from Regulus (the brightest star in the constellation of Leo)—they may have actually seemed to merge into one bright star.  As satisfying as the conjunction theory is, there is one more theory to consider.
The theory of Pious Fiction is particularly noteworthy.  Matthew is the only gospel to mention the Star or the Magi.  The Gospel of St John says that Jesus was from Galilee, not Bethlehem—we know him as Jesus of Nazareth, not Jesus of Bethlehem.  The Gospel of St Mark says the family lived in Nazareth and only traveled to Bethlehem for the census and then quickly returned to Nazareth.  And finally, compelling to my scientific mind is that the Gospel of St Matthew’s was written in about 66 AD which coincides with the spectacular appearance of Halley’s Comet.  Could it be that the writer decided that he needed a real “grabber” to begin his story?
Unless some indisputable archeological discovery is found to settle the question of the Christmas Star, it will remain a matter of faith and conjecture.  Science can’t completely explain it.  History offers no concrete record.  Religion offers only untestable miraculous apparition.  And while Pious Fiction seems to hold more truth than other theories, it too is just a theory.  We can’t agree on the nature of the Star of Wonder, but the tale inspires millions every winter.

A few of my Favorite Photos and a set from a short trip to the Oregon coast this month:


A set of photos from a December trip to Depot Bay and Newport on the Oregon coast: 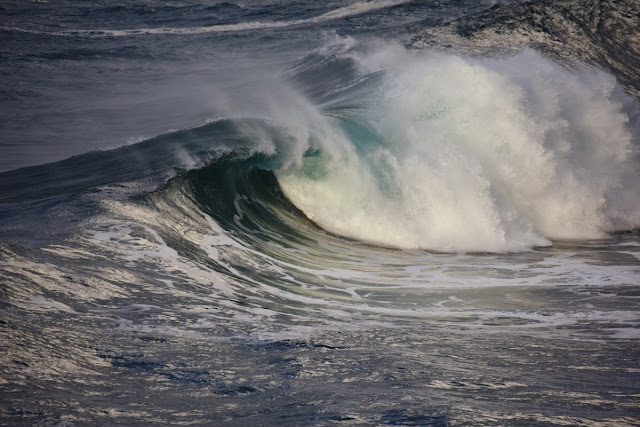