In our recent travels in Scotland and England we’ve sought out gardens, both private and national trust, not because I fancy myself as a gardner but because I love to take photos of the flowers and plants.  Sometimes I even remember to find out and write down what the flowers are.  Most of the time, though, I take the picture and try to identify the flower later.  Our favorite gardens are Branklyn Garden in Perth (a small 2 acre plot in town) and the National Garden of Wales (a large outdoor garden with a huge controlled environment indoor facility).  On this fall’s trip we visited neither of our favorites, but we did manage to spend significant time in some major and less than major Scottish gardens.

Kailzie Garden.  The first garden to mention is one we’d visited a couple of times before, Kailzie (kay-lee) Garden 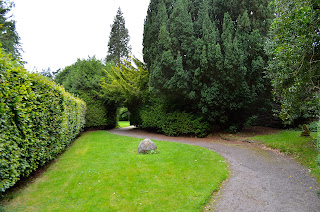 in the Tweed valley of the Scottish Borders about 2.5 miles from Peebles on B7062.  Originally known as West Kelloch (meaning wooded glen), King David II granted the land to James of Tweedie in 1326.  The land remained in the Tweedie family for several centuries.  In 1638 the land belonged to the Earls of Traquair and it was around this time that much of the planting took place. 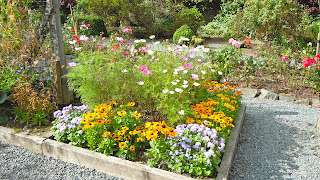 The land then passed through several families until acquired in 1914 by William Cree who was responsible for the current garden arrangement. One of the features of Kailzie is the restaurant 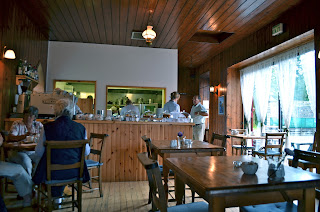 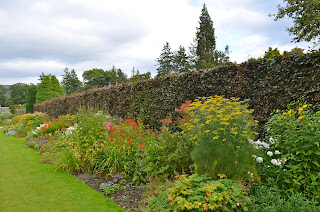 established in 1811, is several acres large and is surrounded by 18 foot tall stone walls.  Several greenhouses within the Walled Garden specialize in tropical plants and flowers. 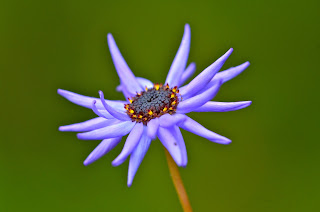 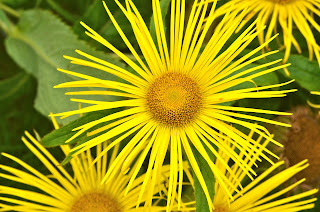 Besides the Walled Garden, Kailzie has a Wild Garden, a Burnside Walk (in an area that was part of the garden of old manor house), and the Majors Walk which leads to the Duck Pond (the site of the old manor house). 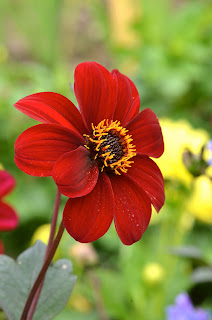 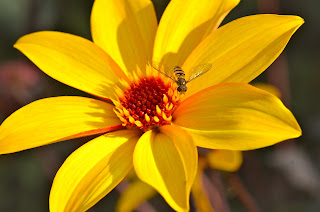 Kailzie is a pleasant stop and has several other activities (especially for kids)--fishing, osprey watch, putting green.

Blair Castle Garden and Grounds.  Up the A9 from Perth is one of Scotland’s premier tourist attractions, Blair Castle and Estate. 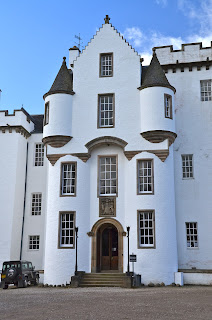 The home of the current Duke of Atholl, who legally maintains the only private army in Europe, Blair Castle has over thirty rooms available to tour, the Tullibardine Restaurant, and a full gift shop.  More to the point of this blog entry, the castle is also noted for its nine acre walled garden, 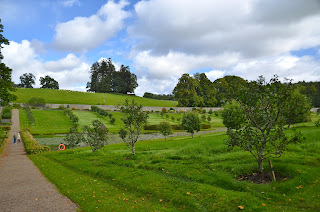 named the Hercules Garden after a statue at the top of the garden.  Established in the 18th century, the Hercules garden contains within its fifteen foot tall stone walls landscape ponds, 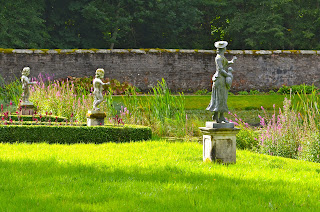 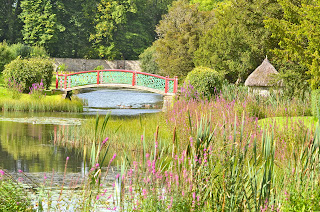 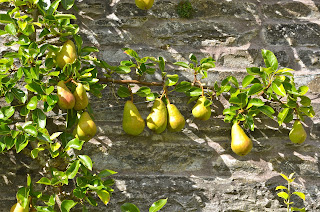 as well as the usual plantings and herbaceous border. 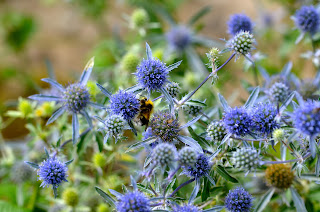 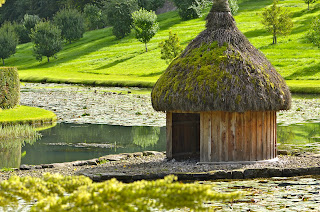 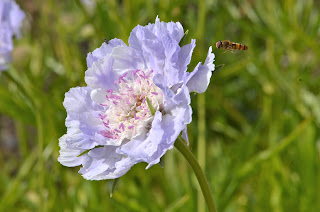 The beautiful gardens have been fully restored to the original Georgian design.  If you plan to take in the gardens, forested grounds, and the castle tour, you’ll have a quite full day. 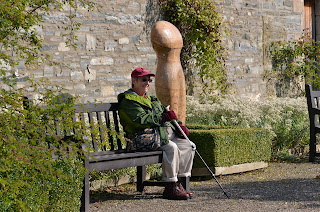 Riverside Garden Centre.  Of course, not all Scotland’s gardens are historic or under a trust’s care.  You can find commercial gardens of various sizes throughout Scotland.  One of our favorites (which we didn't visit on this trip) is the Speyside Heather Centre near Aviemore in Cairngorm National Park.  Famous for its Clootie Dumplings (a boiled pudding containing a variety of dried and fresh fruits), the garden is a great place to learn about planting and maintaining heathers. 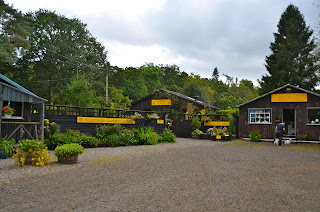 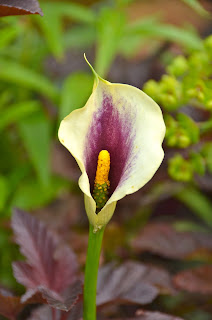 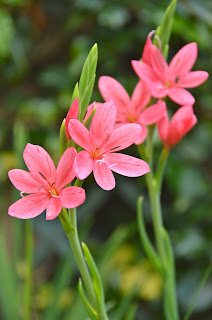 On this trip we stopped for coffee and a sweet at the Tullybannocher Cafe on A85 about a half mile west of Comrie in Perthshire.  The Riverside Garden Centre consists of the cafe, the Handy Shop which sells fruits and veg, and the Woodlands Garden Centre and Gift Shop.  The Garden Centre is small and sells a variety of trees, plants, and flowers.  Even the commercial gardens can be fun to wander and yield some interesting                  photos.

Part 2--Two Gardens in the South of Scotland (Coming Soon)
Posted by Bob Jones at 10:06 PM